As I’ve mentioned before, I wasn’t much of a gamer growing up. I never owned a console, except technically my GameBoy Color, and none of my friends did either. But through all that, a couple games managed to slip through the gaps. They’re a little more on the obscure side, but I really did love them. I’d love to hear if you’ve ever played any of these absolute gems.

This is the earliest memory of playing video games that I have. I distinctly remember playing this game at my cousin’s house with them. I think they must have gotten a computer before my house because it was wondrous to me. This game is pretty straight forward. You just walk around and meet the characters of all your favourite nursery rhymes. They’ve lost the most important item to their story and so you have to return them. Hey Diddle Diddle lost their fiddle, Mary lost her lamb, and Jack Be Nimble lost his candlestick. The trickiest part was that you could only hold one item at a time, so if you saw any other items on your way to return one you’d have to remember where everything was. There are only 18 items to hunt down, but my cousins and I would play for hours and hours, over and over. 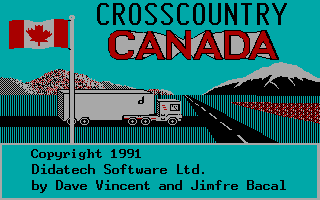 This game was an absolute classic to play on the school computers. Since it included a tiny amount of information about Canadian geography and trading, we would sometimes play for a class as well. In case you don’t know, it’s a game where you are a truck driver driving around Canada, trying to make money by shipping goods. The closest comparison I’ve heard is like it’s the Canadian Oregon Trail. There is actual time passing in the game and there is changing weather, both of which have an effect on your driving conditions. The game was also a text-based one, so you had to type instructions in like “turn on the truck” and “turn off the wipers.” Drive dangerously and you will get into an accident and lose the game. Also, never pick up the hitchhiker. Never. 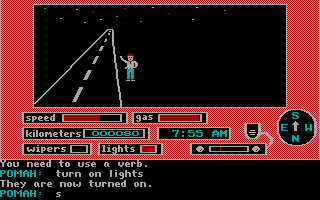 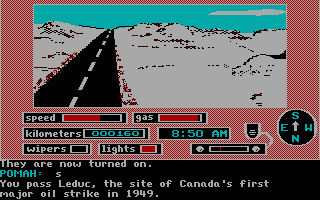 Here’s another game that I played on my cousin’s computer before my own. And boy was it frustrating. Secret Agent is a side-scrolling platformer with a little bit of action thrown in. You, as a secret agent, land on the island where the bases of the bad guys are. You then go through all the different bases and have to get through the insane levels to unlock more of the island. I was so bad at this game it’s pretty embarrassing. Never in my life would I ever get past the first round of levels, the ones that you can reach from the very beginning of the game. One day I’ll go back and beat it, and that day my inner child will be vindicated!

Now here is a game that brings back heavy elementary school computer lab memories. It’s such a truly simple game but it would keep me and my classmates entertained for ages. It’s basically a game for making a virtual Rube Goldberg machine. There are motors and conveyor belts and pipes and everything you could need to create a ridiculous machine. You could play it like a sandbox game and see what your imagination could come up with, or you could play the puzzle mode where you were given a select amount of components and need to build a machine with them to solve a specific problem. I distinctly remember that there were hamsters that you could use to power things with a hamster wheel, but you could also do whatever you wanted with it. A favourite among the boys in my class was to create a circle of springs and make the hamster bounce around infinitely. Ah, childhood.

I was obsessed with Nancy Drew games when I was a kid. The first ones that I ever got and played were Treasure in the Royal Tower and The Final Scene. The came as a 2 in 1 pack that I believe I got for Christmas. All of the Nancy Drew games are point and click adventures where you have to investigate and solve a mystery. They are surprisingly in depth, with interesting characters and stories. You can also learn a lot from them.

Treasure in the Royal Tower takes place in an old ski lodge which used to be a castle belonging to Marie Antoinette, which was taken apart in France and moved to Wisconsin. Suddenly, the historic library is vandalized and another’s guest is robbed. It’s up to you as Nancy Drew to figure out who is behind these and perhaps reveal a hidden treasure said to be hidden within the walls.

In the Final Scene, Nancy accompanies her friend as she goes to interview the star of a play, which is the final premiere before the historic theatre it’s playing in is demolished. Unfortunately, your friend seems to be kidnapped and the kidnapper says that she’ll die unless the demolition is called off! Explore backstage to find your friend before time runs out! Treasure in Royal tower has a lot about the French revolution and Final Scene has a lot to learn about Houdini and the history of magic and theatre.

I only had a couple of games for my GameBoy, but this one was probably my absolute favourite. Using the character’s from the animated version of Sabrina the Teenage Witch, this game was a fun platformer. In order to save her aunts from a big bad Spooky Man, Sabrina has to travel through all kinds of dimensions to find and defeat the villain. I played this game over and over, so much so that I practically had the game memorized. I knew all the shortcuts and how to get through each level the easiest or fasted way. Even thinking about it now, I can envision the first couple levels like I played this game yesterday.