June is LGBT Pride month, in honour of the Stonewall Riots in 1969. These riots are widely considered to be the beginning of the movement to protect LGBT people from discrimination and protection of their rights. What you might not know about this event is that it was primarily led by trans* people. It was them who rejected the unjust raids by the police and them who fought back the strongest and in the most numbers. Today, trans* people still face a lot of stigma and violence just because of who they are and how they express themselves. According to the Guardian, 1 in 8 of those trans* people who manage to get a job are physically attacked by co-workers and 1 in 4 trans* people have experienced domestic violence in the last year. That is insane.

So in honour of those people, and especially the 28 people murdered in 2017 alone, I wanted to share some history with you all. There are some people out there that think that being transgender or transexual is some new fad. It’s just another way for millennials to be even more special snowflakes right? Well not only is that a horrible argument for allowing violence against other living human beings, it’s also just untrue. There has been evidence of people living as trans* or in similar lifestyles across the world and throughout time itself. There have always been people who don’t fit into the strict binary that most cultures have in the background. So even though I don’t really want to justify the empty argument, since violence is never okay, I do want to share the rich history of trans* people. Note that many of these examples are not exactly the same as modern trans* people, but are just to illustrate how these cultures had more flexible or non-traditional gender identities.

Disclaimer: I am not a trans* person. I am trying to use my voice as a cisgender person to bring attention to the injustices done to trans* people. I hope my privileged position can educate those who wouldn’t listen to a trans* person. If I have made any mistakes in this article, whether it’s through fact or courtesy, please let me know so I can also be educated where my knowledge is lacked. 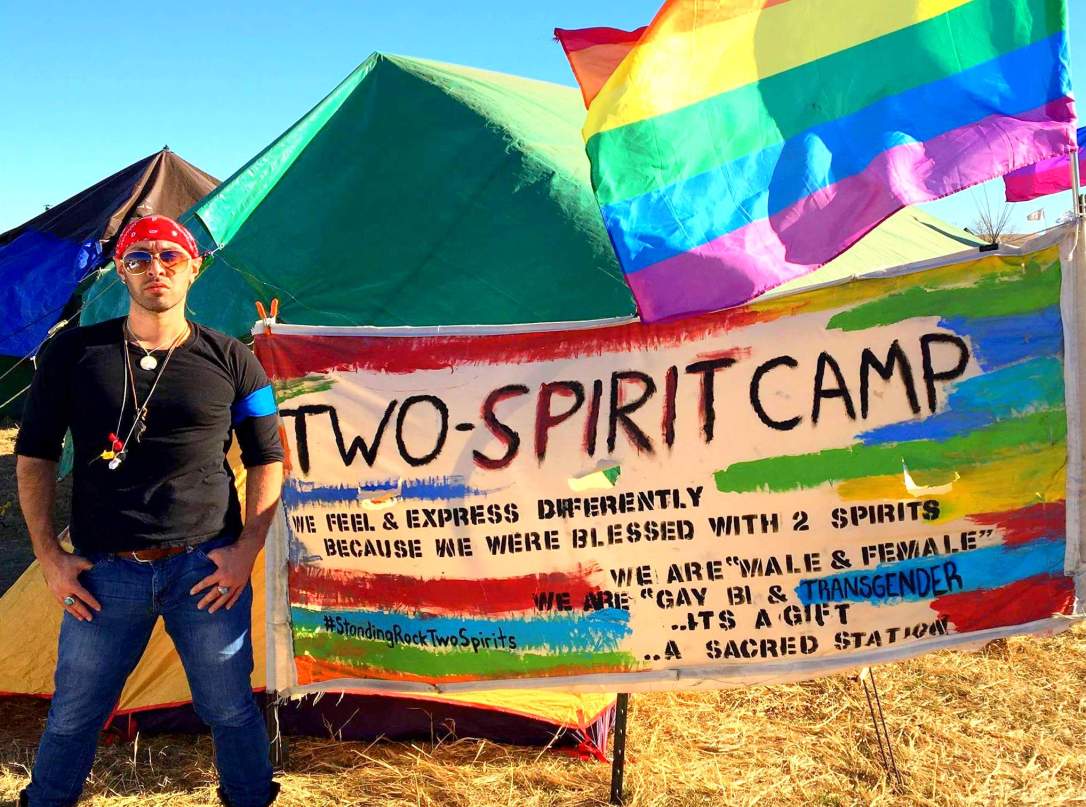 Two-spirit people is a tradition of Native American people. Throughout history, they’ve been a respected person. It refers to people who have within them both female and male spirits. It is like a third gender, one with the traits of both genders intertwined. In recent times, the term has been expanded to all First Nations people that identify as LGBT. Before colonialism torn apart and destroyed the culture of these peoples, two-spirit individuals were not only treated as equal, they were actually considered to be even more honoured and revered than the average people. They had a wider perspective on the world, greater insight into the spirits and gifted with an abundance of spirit. The Native Americans recognized these people for what they were: just another unique perspective and set of skills, a human being with value.

While most gender traditions were rooted in the same roles we have today, there was a lot more grey area than previously thought. Sometimes, women could be the head of the house, elite men were buried with there beauty regimen, and while many jobs skewed one way or the other, most jobs did have multiple genders working them. There has also been evidence discovered that points to a “third gender” that existed in the culture. There was a bit of pottery found near ancient Thebes that actually lists three genders, which are tai (male),  hmt or (female), and sḫt (“sekhet”). The image next to tai is a male figure and a penis, next to hmt is just a female figure, and next to the sḫt is just a male figure. Between the words and iconography, it can be interpreted that the list refers to three separate genders.

In India is a caste of people called hijra. These people are considered to be neither male nor female or they are biological men that become women and adopt their style of dress and behaviours. Primarily, their caste is employed to perform blessings at births and weddings. These blessings are from the mother goddess Buhuchara Mata, to whom hijra are devoted to. They have existed in their society for at least 4,000 years. Throughout time, they have held important positions in the religious texts of Hinduism, court and administration, and religious hierarchy. One form of the principal Hindu deity Shiva involves him becoming the androgynous Ardhanari after merging himself with his wife.

Here are three examples that people living outside the strict binary of man and woman. while most of these societies still have some kind of gender roles, but there was wiggle room for those who found themselves not fitting into those categories. And guess what? It was fine. No one imploded or collapsed civilization or dislodged the earth from the solar system. There is room for these people in our society. Edging them out, whether through offensive language or outright violence only reflects on how small minded those who do it are. This June, take advantage of LGBT History Month to show solidarity with those in our society that are the most vulnerable to abuse because of their sexuality or gender identity.