He should have been a professor at Hogwarts.

So it’s been 11 years since Harry Potter and The Deathly Hallows came out. Since then it’s been more than confirmed by J.K. Rowling that Harry Potter decided to go on to work at the Ministry as an Auror. That means spending his life fighting Dark Arts and the wizards who practice them. But I disagree heartily with that decision, and in this article I’ll explain exactly why. 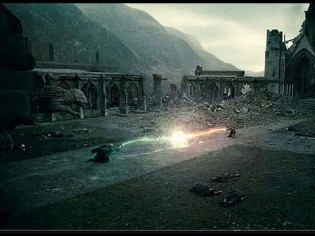 So first of all, why he shouldn’t have been an Auror. It has little to do with his personality or skills. He’s clearly very brave. Throughout the books, he is constantly charging into danger and protecting everyone he loves, sometimes to a fault. He despises the Dark Arts deeply and truly. He can also hold his own in a fight quite well. His only Exceeds Expectations mark was in Defense Against the Dark Arts and he defeated flipping Voldemort in a duel. I mean, that’s a pretty good resume on it’s own, to be honest. I have absolutely no doubt that Harry would be a powerful Auror and very feared by Dark wizards. But I also think he’s paid his dues and beyond.

Harry has spent his entire life fighting against the Dark Arts. From his first year at Hogwarts, he was constantly under threat from Voldemort, and it begins to wear on him. In the first couple books, Harry sees these confrontations as more of an adventure. While he understands that Voldemort is powerful and evil, he is mainly trying to get Snape fired in The Philosopher’s Stone and pin the Chamber of Secrets on Malfoy in that book. In Prisoner of Azkaban, he’s mostly concerned with Sirius Black and avenging his parents than the happenings of Voldemort. It’s not until The Goblet of Fire that he starts adding all the experiences up and has a hard time coping with his destiny. It’s the first time that he sees, first hand, how casually and indiscriminate Voldemort into killing another person. It’s the first time he actually enters one-on-one duel with the real Voldemort.

At the age of fourteen, Harry has had his blood used in a Dark ritual, faced the most powerful Dark wizard in history, converses with the ghost of his dead parents, and has to drag the body of a classmate back to his father. That’s a lot for anyone to handle, and as Dumbledore said, Harry proved himself equal. And sure, he held his own in the graveyard quite well, but has he really come off scratch free? He is overwhelmed, and when embraced by Mrs. Weasley, he has a very strongly emotional reaction. “He had no memory of ever being hugged like this, as though by a mother. The full weight of everything he has seen that night seemed to fall in upon him as Mrs Weasley held him to her. His mothers face, his father’s voice, the sight of Cedric, dead on the ground, all started spinning, in his head until he could hardly bear it, until he was screwing up his face against the howl of misery fighting to get out of him.”

It’s all downhill from there. We enter into The Order of the Phoenix, which many consider to be the worst book of the series due to Harry being super angsty and depressed. Well, that’s called PTSD. He went through an extremely traumatic experience, and that’s why he is having trouble coping and communicating how he feels (teenage hormones and drama doesn’t help either!). I think we’re all familiar with his little shouting match with Dumbledore, in which he screams: “I DON’T CARE!” Harry yelled at them, snatching up a lunascope and throwing it into the fireplace. “I’VE HAD ENOUGH, I’VE SEEN ENOUGH, I WANT OUT, I WANT IT TO END, I DON’T CARE ANYMORE –” Now obviously he does still very much care, he wouldn’t be yelling and sobbing if it didn’t bother him. But this shows just how fed up and over his head this now fifteen year old kid is. And he has to live with that for the rest of his life.

“YOU DON’T UNDERSTAND WHAT IT’S LIKE! You — neither of you — you’ve never had to face him, have you? You think it’s just memorizing a bunch of spells and throwing them at him, like you’re in class or something? The whole time you know there’s nothing between you and dying except your own — your own brain or guts or whatever — like you can think straight when you know you’re about a second from being murdered, or tortured or watching your friends die — they’ve never taught us that in their classes, what it’s like to deal with things like that — and you two sit there acting like I’m a clever little boy to be standing here, alive, like Diggory was stupid, like he messed up — you don’t get it, that could just as easily have been me, it would have been if Voldemort hadn’t needed me –” – Harry Potter on facing Dark wizards in real life

So Harry has done enough on behalf of the wizarding world. As he says himself at the very end of the main portion of Deathly Hallows (DH) “And quite honestly,” he turned away from the painted portraits, thinking now only of the four-poster bed lying in wait for him in Gryffindor Tower, and wondering whether Kreacher might bring him a sandwich there, “I’ve had enough trouble for a lifetime.” 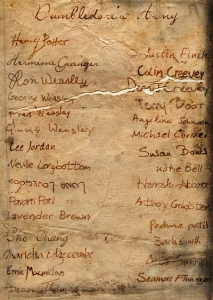 So secondly, let me discuss why Harry would be a great teacher. As I’m sure you’ve predicted, I’m going to be mainly pointing to when he was leader and teacher of Dumbledore’s Army. As a job that first caused him to yell at Ron and Hermione about just not getting him, he took to it very warmly.

When Hermione brings it up to him the second time, he thinks to himself that “sometimes it seems like an insane idea, just as it had on the night Hermione had proposed it, but at others, he had found himself thinking about the spells that had served him best in his various encounters with Dark creatures and Death Eaters — found himself, in fact, subconsciously planning lessons.” I mean….what a DADA nerd! He’s already planning lessons! He’s taking what has been extremely traumatizing and trying to use it to teach the next generation!

He also finds immense joy in the act of teaching. During one lesson, “Harry felt himself positively swelling with pride as he watched them all. True, Neville did Stun Padma Patil rather than Dean, at whom he had been aiming, but it was a much closer miss that usual, and everybody else had made enormous progress.” He is observing his work, watching as his pupils improve, and taking personal pride in that. Even Neville, who is still not the most fearsome opponent in a duel, “had improved beyond all recognition” in Harry’s words. He went from being unable to cast a simple disarming spell to knowing his way around a wand. This proves not only Harry’s affection to teaching, but his natural ability.

But he was home. Hogwarts was the first and best home he had known. He and Voldemort and Snape, the abandoned boys, had all found home here… – Harry Potter while walking to Voldemort in the Deathly Hallows

On top of being an exceptional teacher, Harry is also an unquestionably strong leader. Without even trying, he rallies the DA around him easily. When faced with the prospect of fighting actually full-grown Dark wizards in The Order of the Phoenix, Luna, Ginny and Neville are determined to jump into the fray. They insist on going to the Ministry to rescue Sirius, looking to Harry to figure out how they’re going to tackle this problem. After Dumbledore dies, Harry becomes the defacto leader of the resistance, on top of being the Boy Who Lived. Everyone in the Order of the Phoenix automatically looks to him to know what to do and how to move forward, because they know that he’s the one Dumbledore entrusted with the plan. It’s more than that however, because if Harry was an unreliable person with no drive, the more mature and experienced members of the Order would probably try to force him to tell them the plan. But no, they realize that Harry can handle it. 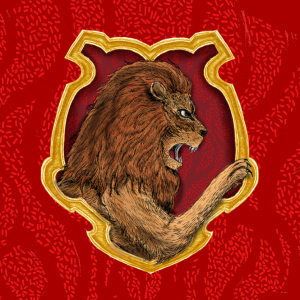 Also, one of these days Gryffindor is going to need a new head of house. McGonagall deserves one hell of a retirement with all the years she’s given to the school, not to mention the years the Battle of Hogwarts took off her. I think that Harry would be the perfect person to inherit the position. Not only is he easily the most famous Gryffindor in history, but he also pulled the sword out of the hat. As Dumbledore tells him, “only a true Gryffindor could have pulled that out of the hat, Harry.” Sure, Neville could also play that role, but Harry Potter just feels right.

The idea of Harry still having to fight, having to go back to war everyday of his life, makes me actually sad. He has fought enough, he deserves his own retirement, and I think teaching Defense Against the Dark Arts is the perfect thing. It’s not like he would be completely bored, since Hogwarts is such an interesting and exciting place. There are secrets to discover, grounds to explore, and ghosts to converse with. In my mind, Harry is currently sitting in an armchair in the staff room, sipping tea and reading essays from his fourth year class on why werewolves can be functional parts of society. All is well.

What do you guys think? Do you agree, or do you like him as the continuing hero of the wizarding world! Let’s chat about it in the comments, I’d love to have some debate going on!