So I’ve been known to enjoy a romance movie once in a while. Sometimes, you just need a simple meet-cute to escape from this world and enjoy a story you can rely on. No matter what, at the end, everything will be okay and our couple will kiss all the problems away. Sure they’re obsessively heteronormative and pretty formulaic, but I’m a simple woman. But sometimes, I don’t agree with the happy endings. Sometimes, the characters just don’t deserve to get the girl at the end, and if the girl was an actually rounded character and not just a trope, she’d know that. So here are a couple of times that the unworthy guy finds love.

This movie is kind of the original inspiration for this post. I watched it years ago, but the fact that Mr. Friendzone ends up with a girlfriend has haunted me to this day. Post Grad is the all too relatable story of a young woman who finishes school, but is forced to move back home for a time because she can’t find a job. I can identify with that. She also meets back up with her best friend Adam. Adam clearly has a crush on Ryden, the main character, but Ryden doesn’t seem to reciprocate. Throughout the movie, as Ryden goes through the ups and downs of the interviewing process of jobs and trying to find an apartment, Adam is there for her, but she never seems to show anything but platonic affection. She ends up meeting another guy named David that she does show attraction to. Eventually, Adam gets a gig performing at a club and invites Ryden to come, who invites David. Apparently, Ryden can’t read minds, so she doesn’t know that this evening was evidently a special date planned by Adam. Adam storms out and tells Ryden that he’s done waiting for her to love him and moving away. My issue is he completely blames Ryden, despite the fact that she never indicated feeling anything more than friendly with him, and even showed interest in another guy. But no, it’s Ryden’s fault that Adam can’t be a grown up about it and just yells at her. In the end, Ryden chases Adam to New York and declares her love for him. Yawn. 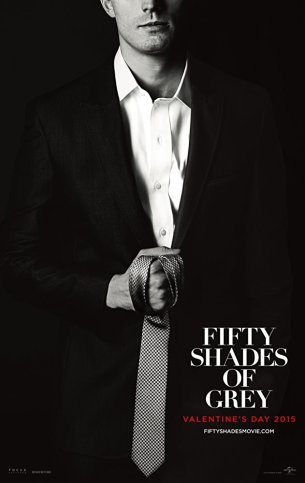 Again, I don’t think I have to say much for this one. Bella moves in with her dad in the small town of Forks, Washington and meets mysterious Edward Cullen. He’s dark, he’s handsome, he’s a stranger, what more could a girl want? Well someone who’s strongest instinct isn’t to murder you and drink your blood for one. Not to mention Edward barely does anything to earn the affection of Bella, besides brooding and being rather short with her. Yet she falls head over heels anyways and they end up in a sexy, forbidden love. Not a great story, not great characters, not my kind of happy ending. Although, for full disclosure, I did used to love the Twilight movies very much when they were first coming out. Let’s just say my worldview has expanded since then.

Okay, I know I’m going to make some enemies with this one, but the ending of this film has stopped me from enjoying this classic since I first saw it. After a fast and romantic fling over the summer, Sandy starts at a new school and finds that her secret lover already goes there. How will greaser Danny handle his goody-two-shoes summer girlfriend possible ruining his reputation with the truth about their abstinent vacation? Sandy is a very innocent, big-hearted girl with more focus on school and her future than the drama between the school’s main cliques, The Pink Ladies and T-Birds. And Sandy does the number one thing girls are warned not to do: she changes for a boy. She rolls into the final scene wearing all black and looking hot, but that’s not who Sandy is! If anything, Danny should have considered toning it down a bit and taking a page from Sandy’s book. But no, they decide to be king and queen of the punk teenagers, and fly off into the sunset in a very mysterious flying car. I’m disappointed in you Sandy, you were really going places! 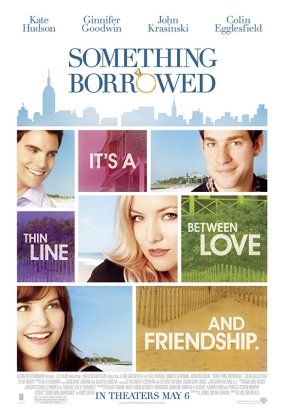 I remember watching this movie in high school at a slumber party, and I was the only one outraged at the ending. Rachel is a girl who is kind of used to being walked all over. Her best friend is an extremely powerful personality who sometimes takes Rachel for granted. The attractive guy she meets in law school actually falls for her friend, Darcy, instead. As Darcy and Dex, the law school crush, get engaged, Rachel is actually made Maid of Honor. She tries to hide her feelings, but somehow ends up actually sleeping with Dex in the process? The entire movie she is fighting against her instincts, fighting with Darcy, and fighting to mess around with Dex more. All the while there is Ethan, Rachel’s childhood best friend who is very clearly and vocally in love with Rachel. He supports her emotionally through the entire movie, encourages her to stand up to Darcy, and never once acts as though he is owed anything by Rachel. He even says at one point that he knows what it’s like to love someone and have it not work out, and that he can accept he’s not the one for Rachel. He doesn’t guilt her, but continues to be a reliable friend. However, in the end, Rachel forgoes all her morals, ditches her best friend Darcy, and ends up together with Dex! Ethan somehow ends up with Darcy as well! This movie is just utter madness, but all I can say is I hate Dex, Rachel is a fool, and can I end up with Ethan instead?

So what do you guys think? Do you disagree with any of my conclusions above? I know a few people who won’t be happy about my Grease review, but I can live with that. If you have any other romcom disappointments you’d like to share, please leave them below and we can lament together about how repetitive yet addictive these movies always are.